How Do You Know When Your Family Is Complete? 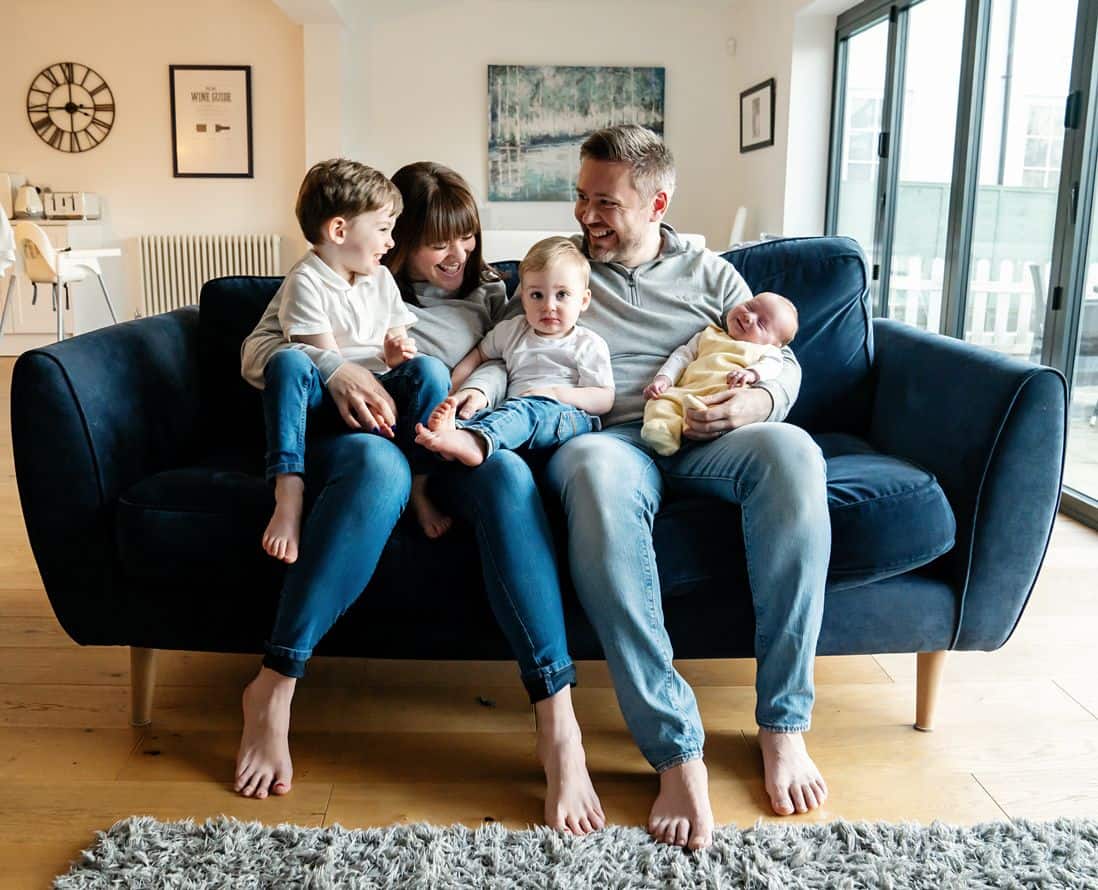 This question has so many layers to it and it’s so personal. I don’t have the answer, but let me tell you about our journey.

My wife Dani and I both knew we wanted kids long before we met. We discussed it whilst we were dating. We didn’t know when, how many etc. but we did share the common goal of being parents one day.

A year after our marriage we started trying for a baby. We were pregnant the first month of trying. How easy was that! But it wasn’t meant to be and we found out we lost our first little one at our 12 week scan.

After that happened we would have told you we simply wanted ONE child. We just wanted to be parents. Thankfully we fell pregnant with Teddy quite soon after. Dani is an only child and felt strongly that she wanted a sibling for Teddy and we fell pregnant again when he was 11 months old. Again, this little bean wasn’t meant to be and we had an ectopic pregnancy, resulting in one lost tube.

There was a period of time after that where we debated trying again. We had had so much heartbreak, did we want to do it again? Was our family complete?

We did try again and little Rafferty arrived 6 weeks before Teddy’s 2nd birthday. Teddy had reflux, but Raffy’s was so much worse. It was a tough first few months with him. But despite this, as he grew out of things, I watched Dani lovingly wash and pack away all his baby clothes in the loft ‘just in case’. If Dani had wanted to stop there I would have been happy with our 2 boys. But I knew she didn’t have a sense of completeness so it was no surprise that she raised the subject of a 3rd baby.

And our little man Malachy arrived when Raffy was just 18 months and Teddy 3 and a half. After a tough birth, another round of reflux and literally not a second to herself, I now watch Dani pack up them clothes and take them to the charity shop quicker than a flash! She is done! And so am I. Our little family is complete and we are both happy with that.

And they say “never say never”. One day in the future we may have a total change of heart. But right now, you have more chance of seeing those pigs fly past your window.

I am the first male baby and toddler sleep consultant in the UK and Ireland and I specialise in gentle sleep training. I work with families on a one-to-one basis to design bespoke sleep training programmes that work around their lifestyle and little ones needs. I also have a series of age specific online courses starting from £29 that you can follow at your own pace. Come over and follow me on Instagram for lots of tips and strategies for better sleep.

We use cookies on our website to give you the most relevant experience by remembering your preferences and repeat visits. By clicking “Accept”, you consent to the use of ALL the cookies. However you may visit Cookie Settings to provide a controlled consent.
Cookie settingsACCEPT
Manage consent

This website uses cookies to improve your experience while you navigate through the website. Out of these cookies, the cookies that are categorized as necessary are stored on your browser as they are essential for the working of basic functionalities of the website. We also use third-party cookies that help us analyze and understand how you use this website. These cookies will be stored in your browser only with your consent. You also have the option to opt-out of these cookies. But opting out of some of these cookies may have an effect on your browsing experience.
Necessary Always Enabled
Necessary cookies are absolutely essential for the website to function properly. This category only includes cookies that ensures basic functionalities and security features of the website. These cookies do not store any personal information.
Non Necessary
Any cookies that may not be particularly necessary for the website to function and is used specifically to collect user personal data via analytics, ads, other embedded contents are termed as non-necessary cookies. It is mandatory to procure user consent prior to running these cookies on your website.
Save & Accept
×

How can we help?